3Arena is the go to venue in Dublin for big shows, big names and international stars. With a seating capacity of 9000 (13,000 standing) it has the ability to host mega gigs and it has all the facilities (bars, fast food, rest rooms, cloakrooms).
It was formerly known as ‘The O2’ and before that as The Point Theatre. Getting there is easy. The Luas (Tram) Red line stops just outside the entrance. Bus, Rail and Dart ststions are about 20 minutes wask from the 3Arena.
Here are some of the main 3Arena upcoming events 2019:

Composer of 100’s of scores for cinema and television including The Good, the Bad and the Ugly, Exorcist II and numerous other well known and popular pieces

Still popular American rock band from the 1970s with some evergreen hots like Midnite Cruiser, Reelin’ In the Years, Change of the Guard, Rikki Don’t Lose That Number and lots more.

Fatboy Slim (real name Norman Quentin Cook) was a bass guitarist with the Housemartins before embarking on a solo career with his distinctive big beat style. He had numerous hits and continues to work under lots of guises as a DJ, musician and producer.

For all rap fans this is part of Drake’s ‘Assassination Vacation Tour’ with support from fellow Canadian rapper Tory Lanez.

One of the original ‘Boy Bands’, Take That hit the British pop scene in the late 90s in Manchester when Robbie Williams was still a member.  Gary Barlow, Howard Donald and Mark Owen appear with special guest Rick Astley. 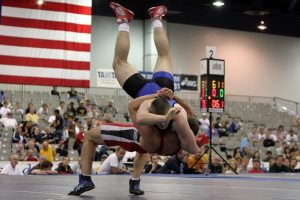 Wrestling fans are in for a treat as many of the big names grapple and grunt and throw each other around the ring.

23rd May: Walking on Cars

The Canadian singer, songwriter, actor and record producer has sold more than 75 million records worldwide.  His easy listening style and wide repertoire from show songs, pop and jazz attracts huge audiences so get your tickets early!

He has announced that this is to be his last tour ever so it’s Goodbye Yellow Brick Road, Goodbye Norma Jean, Sacrifice, Candle in The Wind for the last time live. 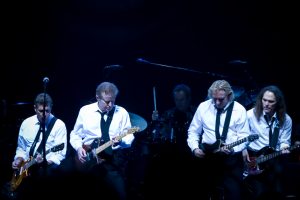 The Los Angeles soft rock band from the 70s are one of the biggest sellers in the worls and still attracting huge audiences of all ages. Some of their best known hits are Hotel California, Take It Easy, Desperado, Tequila Sunrise, Already Gone and Lyin Eyes.

She has many best selling albums and was already immensely popular befor she helped raise millions in aid of bombing victims after 23 people were killed by a bomber in Manchester Arena after her concert in 2017. 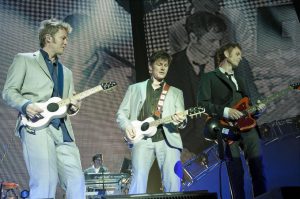 The Norwegian Band will play new and old songs in the first half of the show and the ten songs of their 1985 debut album Hunting High And Low in the second half.

This is part of her Here We Go Again World Tour and her first appearance in Ireland for 15 years. As well as her own hits she will perform some ABBA songs from the film Mamma Mia! Here We Go Again in which she stars.

Still rocking almost 50 years after he started, Sir Rod’s gravelly voice attracts a huge following. Most of his concerts are sold out and this one is likely to be no different.

Tickets for the above shows available from https://www.ticketmaster.ie/