Many visitors to Dublin are on business or vacation and the usual leisure activity is either going to the pub, clubbing, eating out or going to a music gig. But there are numerous other leisure activities on offer in Dublin. Here are 7 Different Things To Do in Dublin. 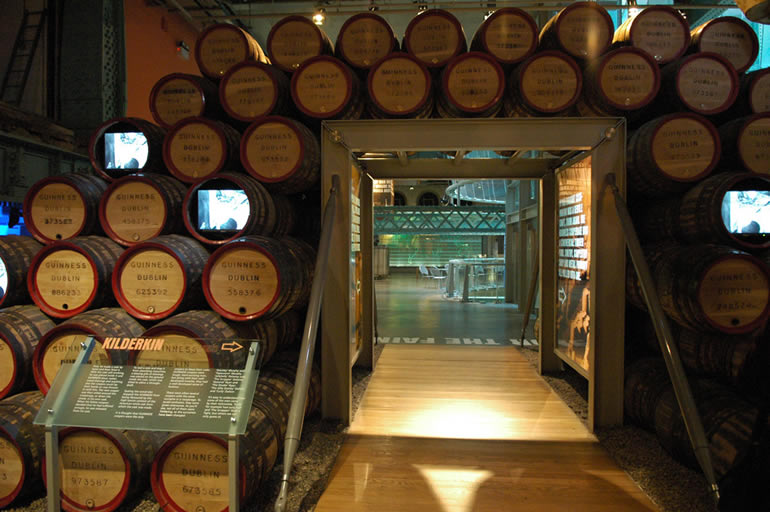 Visiting The Guinness Storehouse has become the most popular visitor activity in Dublin in recent years. Located in James’ Street in The Liberties area of the city, this is where Guinness was brewed for over a century. Today it is a visitor centre with exhibitions, demonstrations and tastings during a tour of the converted building. It also has a gift shop which sells genuine Guinness merchandise and memorabilia. There are also bars and restaurants and visitors can easily spend a whole day at this venue.

Shelbourne Park and Harolds Cross are Dublin’s two Greyhound Racing stadiums. There is racing every night at either or both of these stadiums. Nowadays a night at the dogs is not just about greyhound racing. It usually involves drinks, dining and general fun and merriment as well as having a few bets.

If you’re a golfer you will be spoilt for choice in Dublin as there are over 50 golf courses in Dublin and its surroundings. Many of these are eighteen-hole championship courses but for the less experienced player there are numerous nine-hole courses and pitch and putt venues. Among the best golf clubs in the Dublin area are Royal Dublin, Portmarnock, Woodbrook, The K-Club and Druids Glen.

In the centre of Dublin city lies one of Ireland’s favourite treasures. The world-renowned Book of Kells is located in Trinity College and is viewed by thousands of visitors each year. It is a fine example of an eighth century illuminated and decorated manuscript. It was created by monks and is a calligraphic illustrated version of the Christian gospels written in Latin on vellum.

Croke Park is a state of the art sports stadium which stages the top Gaelic Football and Hurling matches in Ireland. The All-Ireland finals are held here in September each year and are attended by over 80,000 fans. The Gaelic Athletic Association is responsible for organizing these games. Although Gaelic Football is more popular, visitors are fascinated by hurling which is considered to be one of the fastest and most skillful games in the world.

The newly built Aviva Stadium is an ultra modern facility which was recently built on the Lansdowne Road grounds. This is now home to all of the Irish Rugby Team and Irish Soccer Team home International Matches. Other large scale events including music concerts are held there. In September Michael Buble performed to capacity crowds over two nights.