If you are a lover of classical music, you are in for a treat this August, with lots of events and Classical Music in Dublin August 2015.

One of the highlights of August has to be the Dublin International Piano Festival 2015, with ongoing events from now up until August 2. Recitals are held in the National Concert Hall and the Hugh Lane Gallery, while master classes for budding musicians are held in the Piano Academy of Ireland. Take a look at their website www.pianofestival.ie for the full programme of concerts.

The much-loved RTÉ Concert Orchestra continues their very popular Summer Lunchtime Concert Series in the National Concert Hall each Tuesday in August.
Concerts begin at 1:05pm, and tickets are a very reasonable €12, with a Grab&Go Lunch for only €5 if you want to make the most of your lunch hour.

St. Ann’s Church on Dawson Street welcomes back Chamber Philharmonia Cologne in August, with concerts on August 4 and 13. For several years now this group of really talented musicians has played summer dates around Ireland as part of their annual European tour, and they always make sure to play two dates in Dublin as part of their itinerary. This year’s programme features Vivaldi, Mozart, Tchaikovsky and Paganini, but if previous years are anything to go by, each date has a slightly different programme so it is well worth your while attending both concerts, if you can. 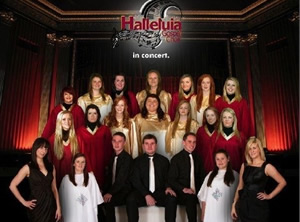 On August 7 the RTÉ Concert Orchestra is back in the National Concert Hall with the Halleluia Gospel Choir, playing classics from the West End musical theatres. This is one not to be missed for fans of legendary shows such as The Lion King, The Phantom of the Opera, Les Misérables, Cats and many others.

On August 21 and 22, head to the National Concert Hall if you want to experience the multi-award-winning film scores of John Williams played lived by the RTÉ Concert Orchestra. Williams’ legacy to the world includes the Main Title, Princess Leia’s Theme and Throne Room music from Star Wars, all three movements from Schindler’s List, the suite of music for E.T and Harry Potter & the Sorcerer’s Stone and many other monumental pieces.

Fans of Tchaikovsky will be very happy in August; not only do they have Chamber Philharmonia Cologne’s two dates in St. Ann’s Church to look forward to, playing his Pezzo capriccioso for Violoncello and Orchestra, Op.62, but Anna Kiselyova (piano) and David Jokhadze (bass – baritone) will perform the amazing Scriabin Sonata no.3 in the John Field Room of the National Concert Hall on August 26. 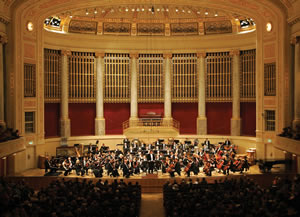 On August 28, the oldest orchestra in the world, the Bergen Philharmonic Orchestra, plays at the National Concert Hall. Accompanied by solo violinist Alina Ibragimova, this performance kicks off the 15/16 International Concert Series programme. The masterpieces to enjoy will be Svendsen’s Carnival in Paris, Op. 9, Mendelssohn’s Violin Concerto in E minor, Op. 64 and Stravinsky’s La sacre du printemps (The Rite of Spring).

As you can see, with eclectic classical music events such as these, there really is something for everyone to enjoy in August.