Visitors who have been driving to Dublin City Centre should be aware of changes to the flow of traffic starting on 20th August 2017. 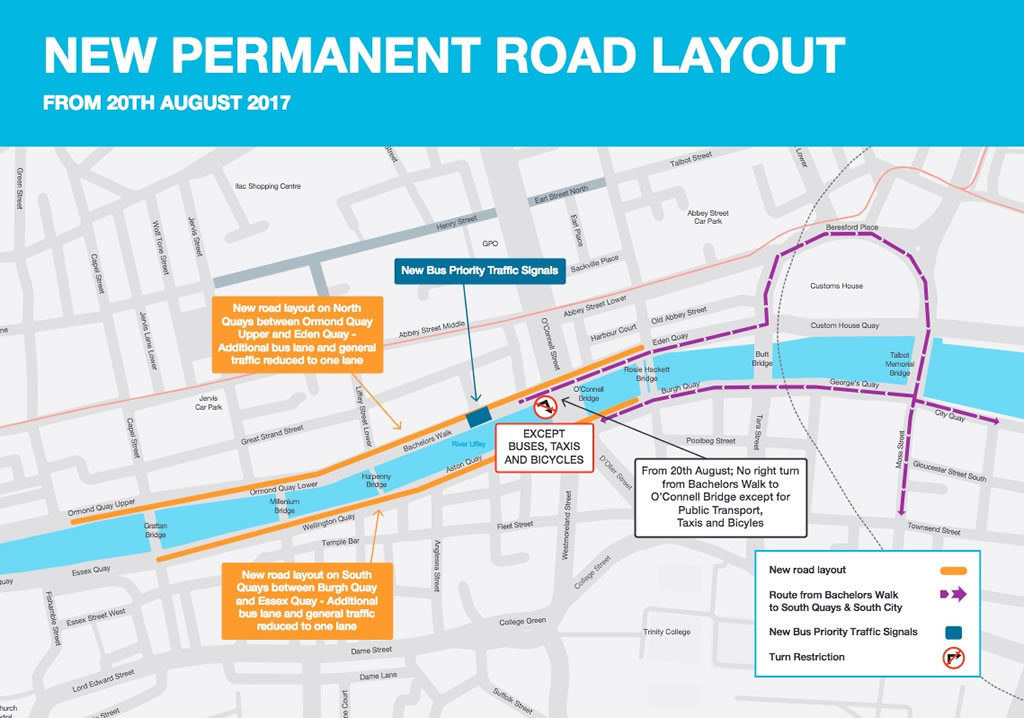 There will be no right turn from Bachelors Walk to O’Connell Bridge except for public transport, taxis and
bicycles.

For more information on these changes go to Dublin City Council Website.

Motorists are asked to be particularly careful and watch out for cyclists and pedestrians while getting used to the new layout.