Ever heard of Dublin’s Zoological Museum? If your answer is no, you’re not alone. Many people have never heard of what may very well be one of Dublin’s least known museums, established way back in 1777. 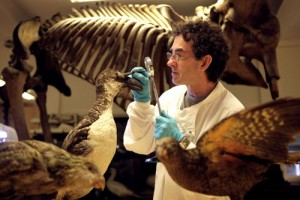 The Zoological Museum’s low profile may be due in part to the fact that it is not normally open to the public, as it forms part of the Department of Zoology in Trinity College Dublin. However, for a limited time (June 2 to August 30, including weekends) everyone is welcome to admire this amazing collection of about 25,000 exhibits, some of which date back to Captain Cook’s adventures in the late 1900s. 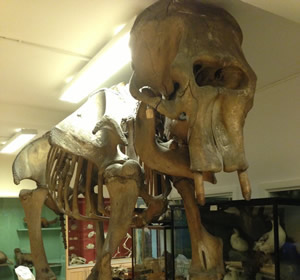 You can also get to see the somewhat famous Indian elephant known as Prince Tom. This elephant was the favoured pet of Prince Alfred, son of Queen Victoria. Tom travelled the globe with Alfred before eventually settling in Dublin Zoo. In 1882, he passed away at the young age of 15 – a premature death brought on by the alcohol and pastries that formed a large part of his diet. His skeleton is now one of the Zoological Museum’s main attractions.

Other curiosities include the jaws of a great white shark, a giant gavial (one of the largest crocodilians known to man and now long extinct), 12,000 insect specimens, some bizarre sets of teeth – guess which animals they belong to – and a Tasmanian wolf (aka Tasmanian tiger or thylacine), sadly now thought to have become extinct as the last confirmed sighting was in the early 1930s. 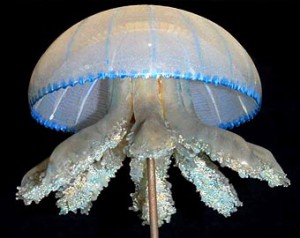 There is also an exquisite collection of glass sea creatures, which date from the mid 1800s. These intricate pieces of art were painstakingly hand-blown by master craftsman Leopold Blaschka and his son Rudolf. They are now globally acclaimed and are well worth a visit in their own right.

The Zoological Museum has now been in the same purpose-built home since 1876, but over the past century or so many changes have been made to the building – not all for the better. As its home was repeatedly modernized and repaired, the exhibition space allocated to the collection was downsized. Nowadays, the Museum has to make do with a comparatively limited space on the first floor – Prince Tom is too large to leave via the doorway.

Thankfully a great deal of the original collection, now over two centuries old, has stood the test of time. In the 21st century, it is an invaluable learning tool for undergraduates in the Department of Zoology.

Admission to The Zoological Museum

Admission to the Museum is surprisingly reasonable: €3 for adults, €2 for children and €2 per person for groups of eight or more (max. 20 people). It is open Monday through to Sunday from 10am – 4pm.