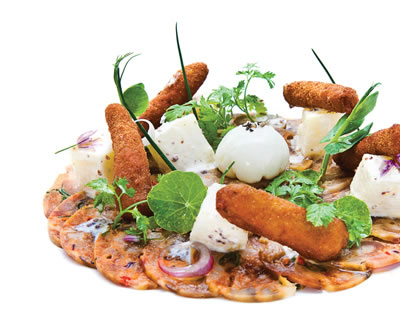 Patrick Guilbaud is Ireland’s only two-starred Michelin star restaurant and has been at the centre of Dublin’s fine dining scene since 1981. Paris-born Patrick Guilbaud maintains a passion for excellence and together with his top-class chef and excellent staff, produces many haute cuisine dishes using the absolute best of ingredients

The restaurant is located beside the 5 star Merrion Hotel in Dublin city centre and the cuisine is described as ‘contemporary Irish with classical roots’.

As well as having achieved and retained 2 Michelin Stars, Patrick Guilbaud’s has been acclaimed worldwide in many of the prestigious journals and newspapers and by the top food critics.

Located at 19 Parnell Square North in the centre of Dublin, Chapter One is one of the leading Michelin star restaurants in Dublin.
This restaurant prides itself in the use of the best Irish  foods from specialist growers and artisan producers who have been tried an tested since the earliest days of the restaurant. The menu lists the suppliers so you can tell where the products came from. 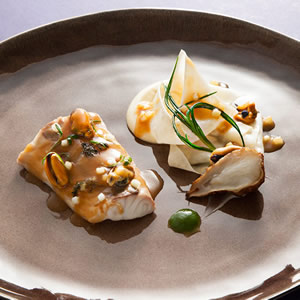 Ross Lewis and Martin Corbett have been running Chapter One for 15 years and the list of awards gained by this restaurant has grown year in year out. I got its Michelin Star Awarded in 2007 and jus a few of the other awards include Georgina Campbell Guide – Best Restaurant 2001, Dubliner Magazine Restaurant of the Year 2006 and 2008 and Food & Wine Awards Best Restaurant 2004, 2006, 2009, 2010 and 2012.

And that’s just a taste of ‘The Taster’ 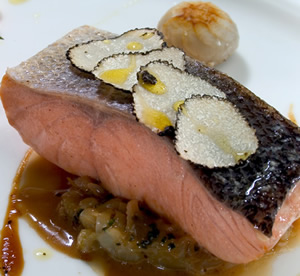 Located in the 5 star Fitzwilliam Hotel on St Stephen’s Green, Thornton’s earned a Michelin star and has been listed as Number 25 in the top 50 Restaurants of the World. Chef Kevin Thornton, is in charge and his work  prompted the hard to impress restaurant critic Paolo Tullio to describe the food at Thornton’s as ‘the very pinnacle of gastromony’.
If this selection from their lunch menu dpesn’t whet your appetite, yhere are many other tasty dishes there: 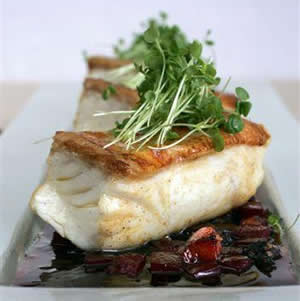 L’Ecrivan has been one of the shining lights of Dublin’s food scene since opening  in 1989. Chef Derry Clarke trained in the Man Friday in Kinsale before returning to Dublin to continue his training at Coq Hardi for four years. With wife Sally-Anne he has developed L’Ecrivan French into one of  Dublin’s most desirable traditional French restaurant which is highly acclaimed by Ireland’s food-lovers.
Here is a sample starter and Main Course from the A La Carte Menu: