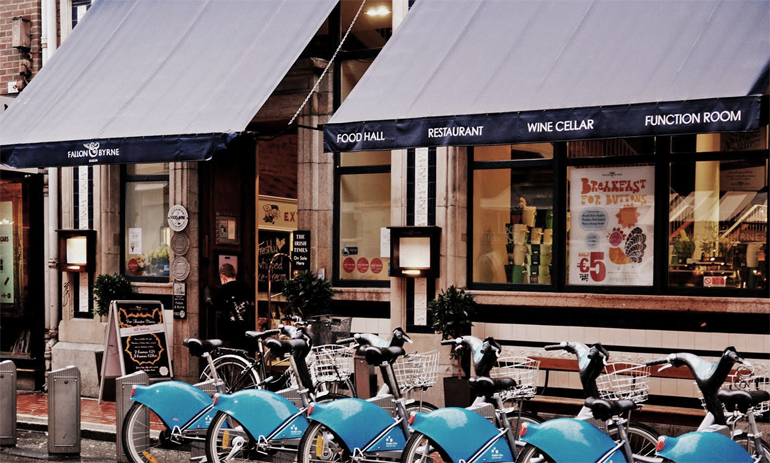 The New York Times recently spent 36 hours in Dublin and were impressed by what they found. Here is how they summarized present day Dublin:

Today, signs of economic recovery are emerging, but it’s a more refined wave of affluence than what the flashy boom years had to offer. The city is finding a new way to exist — neither ostentatious with wealth nor bowed down under debt.

They visited some of the main attractions but also went out of their way to sample some of the finer but less well known places which may not be on the itinerary of most tourists.
The well trodden tourist trail brought them to the National Museum, Christchurch Cathedral and The Guinness Storehouse (which claims to be Ireland’s No. 1 visitor attraction in terms of numbers visiting) and they seem to have been suitably impressed with each of these.

For a pub experience they visited Against The Grain in Wexford Street which is one of the few pubs in Dublin which doesn’t have a television and doesn’t sell Guinness. Instead, they sell their own craft beers and promote the art of conversation.

They liked the food at The Green Hen on Exchequer Street where the cuisine is described as Franco-Irish and the fine dining at Forest Avenue restaurant went down a treat. One of our favourites, Fallon & Byrne, which is a combination of food hall, delicatessan, restaurant and wine shop came in for praise. As well as being a great stop for a coffee or light meal, they sell some fine fresh produce and artisan foods here.
They also paid a visit to Brother Hubbard, a nice independent café on Capel Street.

They gave special mention to the Dublin Bike scheme which has been operating since 2009 and has been much more successful than expected. There are numerous stations throughout the city where you can pick up or drop off a bike. The growing number of cycle lanes in the city means that now, most of Dublins main attractions can be safely reached by bike.

Other places visited include Croke Park and the Sugar Club.

For accommodation they singled out The Marker Hotel and The Shelbourne (two of Dublin’s top 5 star hotels).

The video accompanying the article is very impressive an is one of the best tourist promotion videos for Dublin we have seen. The New York Times is a prestigious paper and their travel section is very influential, so this is all good for Dublin.