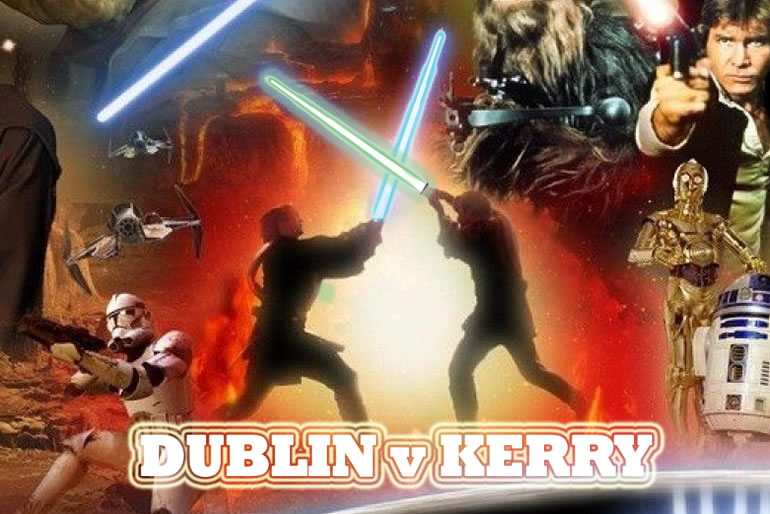 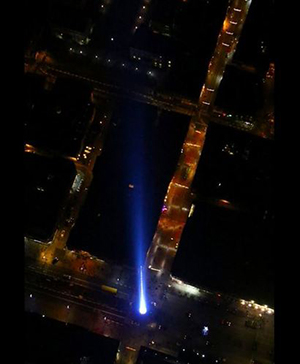 800 guests, who were lucky to get tickets attended the Irish premiere of ‘Star Wars: The Force Awakens’ at The Savoy cinema in Dublin on the 16th of December. Some of the actors from the movie as well as other actors, politicians and celebrities were among the attendees.
Ministers Jimmy Deenihan and Heather Humphries were there as well as actor Liam Cunningham (best known for his role in Game of Thrones) as well as a host of TV personalities.

However, apart from the movie itself, the star of the show was outside on O’Connell Street where Dublin’s 121.2m Spire was transformed into the biggest Lightsaber in the world. This has gained as much notoriety as the film and has been broadcast on TV channels and social media throughout the world.
Here is The Spire Lightsaber from Ross Mahon’s Youtube Channel:

Even the Gardai got in on the act and got some spectacular shots from their helicopter which they called, in a Tweet, ‘Our Millenium Falcon’

And meanwhile in Kerry, at Killarney Cinemaplex, local people from South Kerry who were involved with the making of Star Wars on Skellig Rock were treated to a special showing of Stars Wars. Some of the residents of Portmagee, where actors including Mark Hamill (Luke Skywalker) and director JJ Abrams hung out during the filming on Skellig Michael, were treated to a special screening of ‘The Force Awakens’. 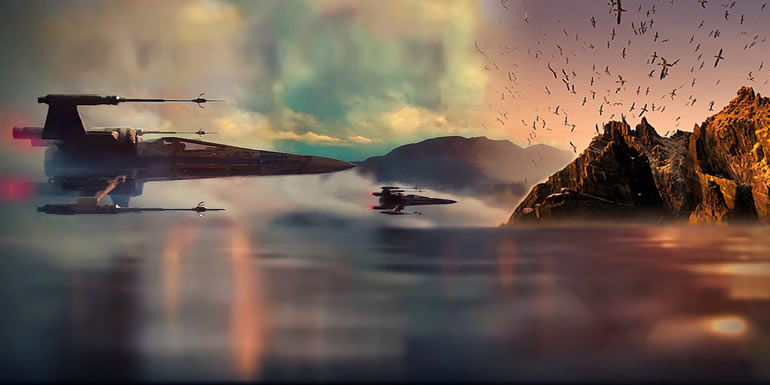 Anybody seen X-wings around Skellig?

The film is on general release this weekend in Dublin and Kerry and throughout the country and is sure to be a big hit with the legion of Star Wars fans and many others as well. It is officially called Star Wars: Episode VII – The Force Awakens.

Who can claim a piece of Star Wars? Dublin for The Spire Lightsaber or Kerry for Skellig Michael?