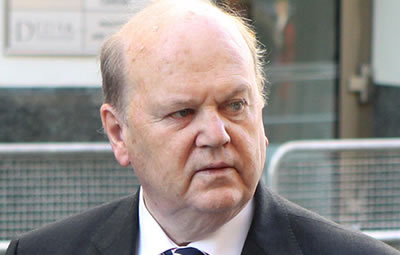 The Government has warned restaurants and hotels to pass on the recent reduction in VAT to consumers or risk having the concession abolished after next year.

The Taoiseach said businesses in sectors where the new lower VAT rates apply will be “failing Ireland” if they did not pass the reductions on to consumers. Mr Kenny said the Government would have “very, very strident discussions” with businesses which fail to cut prices.

Sales tax on restaurants, hotels, cinemas, newspapers and tourism-related activities was reduced from 13.5 per cent to 9 per cent and Minister for Tourism Leo Varadkar described it an important initiative in the Government’s jobs strategy and warned tourism businesses that the VAT reduction may not be extended beyond next year unless they pass on the benefits to consumers.
“This is an opportunity to really save many industries but also to build an indigenous economy that will create jobs and provide growth and opportunities for people.”

Minister for Finance Michael Noonan said that the benefits had to be passed on to consumers in order to boost tourism and create jobs.

The measure is estimated to cost the exchequer €120 million this year and €350 million in a full year.

Mr Varadkar admitted businesses could not be forced to reduce their overall prices on foot of the VAT reduction, though they were obliged to reduce the rate of tax they charged but he said he expected the vast majority of tourism operators to deliver lower prices for their customers.

The Restaurants Association of Ireland announced that it had instructed its members to pass on the benefits of the change to customers.

Fast food chain McDonald’s, which has 78 outlets in Ireland, said the price of products such as a Big Mac meal would fall by 25 cent.

The Chief Executive of the Irish Hotels Federation, said its members had also been advised to pass on the savings. He said the organisation was pleased tourism was at the centre of Government plans for growth and recovery.

Although this VAT reduction will have just a small effect on prices it is very much welcomed in addition to other cost saving measures including the restructuring of wage rates, possible lowering of Local Authority charges, changes in rent legislation and other factors and it is essential that prices to the consumer reflect the cost reduction.

Prices in Dublin Hotels have already been falling and it is hoped that this new initiative will help to reduce prices further. Restaurants including Dublin restaurants have not experienced quite as dramatic a fall in prices so far.