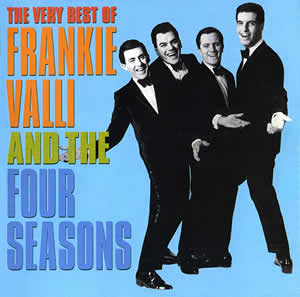 Date: 1st April 2015 to 18th April 2015
Venue:Bord Gáis Energy Theatre (Grand Canal Theatre)
This is the fascinating true story of Frankie Valli and the Four Seasons and their rise to fame and fortune.
Before they reached the age of  30 they were already in the Rock & Roll Hall of Fame and sold over 175 million records. Fans will recognize many of their hits from the 50s and 60s including Walk Like A Man, Oh What a Night, Big Girls Don’t Cry, My Eyes Adored You, Let’s Hang On, Bye Bye Baby, Can’t Take My Eyes Off You, Working My Way Back to You, Fallen Angel and Rag Doll.

The MOSCOW STATE OPERA, are presenting a traditional production of MADAMA BUTTERFLY at The Bord Gais Energy Theatre. Ireland’s best-known International Soprano, Celine Byrne features, as well as  a star soloist from The Bolshoi Opera, Anna Nechaeva, in the role of Cio-Cio San.

The Vamps will be joined on tour by Union J and other special guests.
This British four-piece have thousands of fans and their debut US release, Somebody To Yo, reached no. 2 in the iTunes Chart. It has also gone Platinum in Australia.
The Vamps have a huge following online. Can We Dance has had over 22 million YouTube views, Wild Heart 13 million, Last Night 12 million and Somebody To You has had over 25 million views.