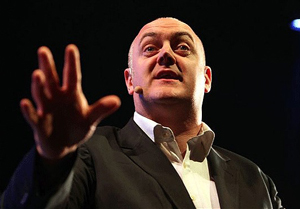 Date: 7th – 9th November
Venue: Various
A celebration of the 51st anniversary of the Beatles’ only Dublin performance in the Adelphi in 1963. A varied programme of music, art, memorabilia and more in various city centre venues.
Music from numerous Irish and international acts.
www.entertainment.ie/dublinbeatlesfestival

Date: October 21st to November 9th
Venue: Grand Canal Theatre
Based on the DreamWorks animation film, SHREK THE MUSICAL is a brilliant, touching and funny family show. Shrek and his loyal Donkey and many more great characters.

Check Accommodation near The Olympia Theatre

Date: November 8th, 2014
Venue: 3Arena
Kylie’s Kiss Me Once Tour is a celebration of both new and old material.
Kylie’s albums include ‘Kiss Me Once’ and‘Aphrodite’.

Check Accommodation near The 3 Arena

Date: November 9th – 10th, 2014
Venue: Olympia Theatre
The songwriting duo of Vince Clarke and Andy Bell formed Erasure nearly 30 years ago and had numerous hits like ‘A Little Respect’, ‘Sometimes’, ‘Ship Of Fools’, ‘Blue Savannah’, ‘Chains Of Love’, ‘The Circus’, ‘Who Needs Love (Like That)’, ‘Love To Hate You’and many more.

Date: November 5th – 16th, 2014
Venue: Gaeity Theatre
The 1978 hit movie starring John Travolta and Olivia Newton-John popularised the stage version which has been a triumph worldwide since then.
GREASE is brought by Festival Productions to The Gaiety Theatre from November 5th and is directed by Tony Finnegan director of Annie.

Check Accommodation near The Gaeity Theatre

Date: November 25th- 29th, 2014
Venue: Olympia Theatre
This hilarious show is a play which is set at the 60th birthday party of the The Horse Munley on a stormy night. A knock on the door brings the night’s entertainment to a new level with music and the craic.
This mix of comedy, drama and music will be enjoyed by theatre goers and Joe Dolan fans.

Date: November 28th – Jan 11th
Venue: The Helix
The team which brought The Sleeping Beauty, Beauty and the Beast, Jack and the Beanstalk and Aladdin are back with their own comical take on the fairy-tale, Cinderella.

Date: November 8th
Venue: The Aviva Stadium
No. 2 in the IRB World Rankings South Africa, are the opposition for Ireland in the opening fixture of the 2012 GUINNESS Series at the Aviva Stadium.
Ireland are hoping for their fifth victory over the Springboks.

Check Accommodation near The Aviva Stadium

Date: November 22nd
Venue: The Aviva Stadium
No. 3 in the IRB World Rankings Australia, are the opposition for Ireland in the this fixture of the 2012 GUINNESS Series at the Aviva Stadium.