Great news! The next few weeks will be full of interesting exhibitions and music events, that are happening all over Dublin. 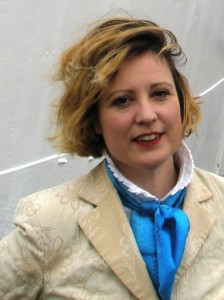 Right up until the end of October, the famous artist Eve Parnell will be exhibiting her work, entitled ‘A Postcard to Ireland’ at the RDS Library and Archives. This will be the first time that certain works created by her have been exhibited in Ireland. She has already exhibited her work to Finnish, Italian and German audiences. Through her work, one can clearly see how interested Eve is in the world around her; places, the people within them, flora and fauna. The exhibition is open Monday to Friday from 10am to 5pm and admission is free.

As 2015 is the year of design, Irish Design 2015 and the National Print Museum are collaborating to host ‘A World to Win, Posters of Protest and Revolution’. This is a touring exhibition organised by the Victoria and Albert Museum, London and it is showing for the very first time in Ireland. It showcases revolutionary posters (about 70 in all) from the last 100 or so years, that have been distributed by challengers to ineffective and unsatisfactory political systems. The themes are many and diverse; they begin with the women’s suffrage movement near the beginning of the 20th century and include the posters distributed by the occupy protests of the past few years, as the worldwide recession hit. The exhibition is showing until November 8 at the National Print Museum on Haddington Road and, as always, admission is free.

Over November 7 and 8, the newly launched Metropolis Music Festival will be held in the Main Hall, Shelbourne Hall, Serpentine Hall and Industries Hall of the RDS. Big names appearing on the line up over the Saturday and Sunday include a mix of Irish and International acts such as Kormac’s Big Band, CHIC featuring Nile Rogers, Mark Ronson, The Roots, Kerri Chandler and Jamie xx, to name just a few. Metropolis is being described by its organisers as a mixture of music, installation, conversation and performance. One day tickets are €79.50 and weekend tickets are €145.50.

On November 10, Eagles Of Death Metal will be playing the Olympia Theatre to mark the release of their first studio album in seven years. They are currently touring Europe and this has been a long awaited return to these shores for Irish fans.

Until November 27, ‘L’Histoire de France Racontée Par la Pub’ (translated as ‘The History of France Told by Advertising’) is being hosted by The Alliance Française at the corner of Dawson Street and Nassau Street. This whimsical exhibition shows the alternative and sometimes quirky angle on French historical events and figures that is portrayed by advertising. Seminal players in history such as Joan of Arc, Louis XIV and Napoleon are re-imagined to present a new take on how French people (and the world at large) remember them.

On November 30, The Prodigy will be playing the 3Arena, supported by Public Enemy. They last played Live at the Marquee in July of last year and fans of this British electronic dance group, who first won international stardom in the early 90s, have been waiting ever since for a follow up performance.