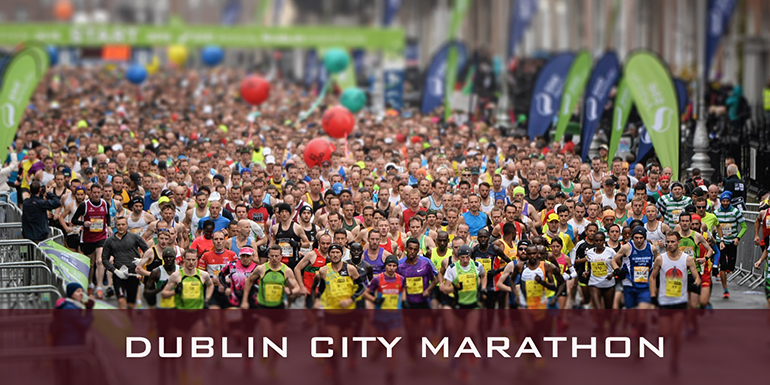 Some of the big events on in Dublin in October 2016 include the Dublin City Marathon which takes place on the 30th. It is a huge event with about 16,000 participants expected and tens of thousands of spectators.
Mick Flannery, Smokie, Ralph McTell, James Blake, The Fureys, Corey Harris and Jean Michel Jarre are among the musical highlights during the month.
Bear Grylls puts on a spectacular show at 3 Arena.
Here is our selection of what’s on in Dublin October 2016:

Rock band Nickelback, play a huge show at Dublin’s 3Arena. Frontman Chad Kroeger’s distinctive vocals lead this Canadian bands high energy show performing many of their favourite hits including How You Remind Me.

After a two year run in London The Committments is back in Dublin. Based on Roddy Doyle’s novel this show is a high energy rock musical. Many will have seen the film and will be familiar with the music.
With over 20 soul classics performed live on stage including: Night Train, Try A Little Tenderness, River Deep, Mountain High, In The Midnight Hour, Papa Was A Rolling Stone, Save Me, Mustang Sally, I Heard It Through The Grapevine, Thin Line Between Love and Hate, Reach Out, Uptight, Knock On Wood, I Can’t Turn You Loose and more! This is a guaranteed fabulously-fun night out you will simply never forget.

Jean-Michel Jarre,  pioneer of Electronic music is famous for his amazing visuals as well as his technologically advanced music.
He attracts record crowds – millions at his open air concerts in Paris and Moscow.
There will not be millions in Dublin but expect the 3Arena to be full to capacity.


Heavy Metal fans will flock to hear Pentagram perform at Dublin’s Voodoo Lounge. They have been around since the  70s although, with the exception of vocalist Bobby Liebling, their lineup has changed many times.
They are supported at Voodoo Lounge by American stoner rock outfit Atomic Bitchwax.

Anoushka Shankar is continuing the musical tradition of her  sitar player father Ravi Shankar who became famous in the 1960s and 70s because of his collaboration with The Beatles. She has won numerous awards for her studio albums and plays many of her own compositions and traditional music on stage.
This is a must for lovers of Indian music and those who remember the music of the 60s.

The Fureys have been on the road for 37 years and have performed all over the world in front of numerous dignitaries.
This quintessential ballad group perform a set of their well known favourites at The Draíocht. They still have a huge following so it is likely that it will be a full house


Ross Noble is one of the funniest and quick witted comedians on the circuit. He is a regular on the British circuit and is often to be seen on TV programmes like ‘Have I Got News for You’
Now on tour almost full time Ross has been voted in the top 10 best stand up comedians.
Just the job to keep the spirits up as we approach winter.

The Nualas are a trio of irreverent female comediennes who have been plying their hilarious trade for 21 years.
Gossipy, chatty and not afraid to throw the odd verbal punch, The Nualas will crack you up if you’re not already cracked.

Starman  is the David Bowie Story, an evening of music, film and theatre depicting the many aspects of Bowie’s personality.
There are unforgettable songs including Rebel Rebel, China Girl, Let’s Dance, Ashes to Ashes, Life On Mars and numerous others spanning Bowie’s changing musical styles.
This is a show which Bowie fans will really relish.

The Quare Fellow is one of Brendan Behan’s most well-know plays. It is a brilliant depiction of life behind bars during the mid-20th century and examines the themes of capital punishment. The play is based on Brendan Behan’s own experiences in prison, and looks at the horror of capital punishment and the false piety about sex, politics and religion.

The Beauty Queen of Leenane

The Beauty Queen of Leenane By Martin McDonagh is performed by Druid Theatre. Garry Hynes directs this award winning production with actors Marie Mullen, Aisling O’Sullivan, Marty Rea and Aaron Monaghan.
This is the 2oth year of The Beauty Queen which has played to packed houses in London and is heading to the USA after this run at The Gaeity.

Bear Grylls is well known for his outdoor pursuits and endurance tests in the wild as seen on his TV programmes.
He now brings all that and more to the stage using cutting edge video technology and special effects.
This spectacular production displays some of man’s greatest feats of courage and endurance including travels through Antarctica , Mount Everest, jungles and shark-infested seas. 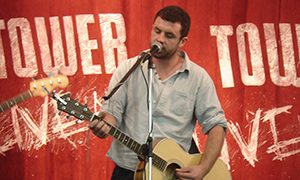 Cork songster Mick Flannery appears at The Olympia on 22nd October performing songs from his fifth album ‘I Own You’, s well as many of his well known favourites from the past.

Smokie have been on the road for over 40 years and have fans from three generations. They are lauded for their tight harmonies and are best known for their songs such as  If You Think You Know How To Love Me, Don’t Play Your Rock’n’Roll To Me, It’s Your Life and Oh Carol.
Smokie’s best known album is probably Wild Horses nd they will be playing songs from this and many more favourites at Vicar Street. 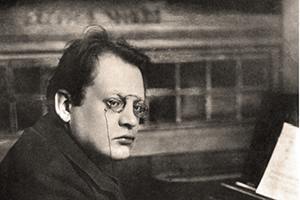 Max Reger died 100 years ago and to commemorate his life David Leigh will play some of Reger’s work and other compositions on the 1902 Willis organ in St Patrick’s Cathedral.
In case you didn’t know, Max Reger was a German composer, pianist, organist and conductor and music director at the court of Duke Georg II.
He was a composer of Lieder, chamber music, choral music and works for piano and organ.

James Blake is a London singer songwriter who has taken the popular music scene by storm over the past few years.
Acclaimed for his Overgrown album, he subsequently released The Colour in Anything, which confirmed his popularity in electronic, dance, and pop circles.
He has won numerous awards including Best New Artist and a win at the 2014 Brit Awards for British Male Solo Artist and has toured the world playing to full houses and an enthusiastic reception wherever he goes. 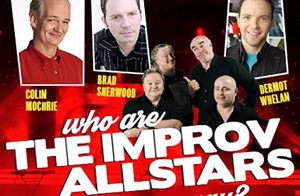 Improv Allstars are four fantastic performers and three guests with their own inimitable brand of unrehearsed comedy which usually leaves audiences rolling in the aisles.
Stephen Frost, Steve Steen, Andy Smart, Ian Coppinger, Colin Mochrie, Brad Sherwood and Dermot Whelan have no script and no idea of what will happen as they take suggestions from the audience and hope that everything goes right. Even when it doesn’t it’s hilarious.
This is an opportunity to see Improv Allstars when they come to Vicar Street.

Ralph McTell is best known for his much loved and much copied song ‘Streets of London’ and also in Ireland for ‘From Clare to Here’.
But Ralph is a prolific songwriter with a huge repertoire apart from these and he will play a selection of these at The Olympia.

Corey Harris is a blues and reggae protest singer whos time in West Africa has influenced his music and his writing.
Corey has released numerous albums of his own work and he collaborated with Wilco and Billy Bragg on Hood Voodoo, an album of Woody Guthrie’s songs.

Paul Brady is one of Irelands most prolific songwriters with an eclectic repertoire of songs with folk, rock, blues, traditional Irish, and pop styles.
Some of his best known songs include The Island, Crazy Dreams and Follow On and his works have bee recorded by numerous well known international artists including Tina Turner, Cher, Cliff Richard, Phil Collins, Ronan Keating and Mary Black. 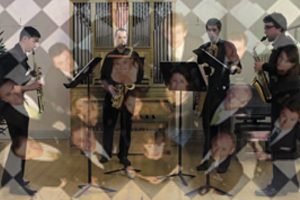 This is a collaboration between Ireland’s leading choral ensemble and the brilliant saxophone players of the Chatham Saxophone Quartet performing the music of Arvo Pärt, Gesualdo, Kantscheli, Bruckner and Britten.
Conducted by James Wood, this partnership combines the traditional with the contemporary and pushes the boundaries of music in an extraordinary performance. 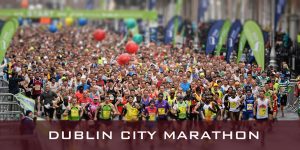 The SSE Airtricity Dublin Marathon takes over Dublin city for most of the day starting and finishing in the city centre. In 2015 there was a record number of participants 15,216 from 62 different nationalities and it is expected that this years event will attract even more participants.
Apart from the race there are many sideshows along the way and there is a general air of festivity all around.